Video: Drama as Sonko Goes After Police Boss Who manhandled him in Voi

Embattled Nairobi Governor has released a heartfelt message alongside a video showing the officer who handcuffed him in Voi fighting with a woman over Child Support.

The flamboyant governor shared a clip of the police commander he addressed only as Mr. Mureithi being confronted and getting manhandled by a woman who claimed the two had a child together. 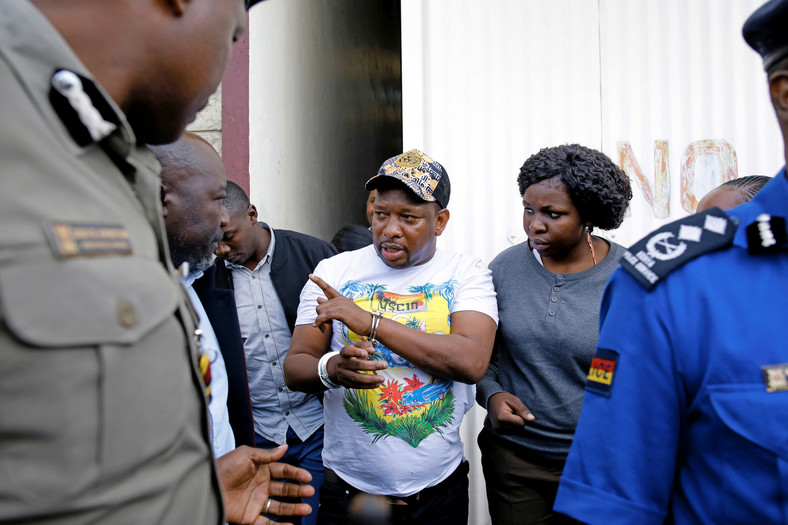 In what people are calling revenge, the governor released the video alongside a long heartfelt message offering to pay the Sh300K child support for former Voi base commander (Mureithi) who forcefully handcuffed him in Voi.

“THE VOI BASE COMMANDER WHO HANDCUFFED ME BECOMES A DEAD BEAT DAD.

I do not support domestic violence. I condemn the use of violence in any relationship.
Pole sana my friend Mr. Mureithi, the recently retired Voi Base commander who forcefully handcuffed me with two pairs of handcuffs just to board a police chopper during my arrest at Voi.
Even though this was against international aviation laws, may the Lord give you peace to resolve your current situation
My humble advice to you: If the baby the woman is alleging is really yours, kindly accept the responsibility.
It’s just a normal part of life. And since you are now retired, I’m willing to pay for you the 300,000/= upkeep the woman has been awarded by the children’s court.
May you live long to see this kid become a more responsible senior police officer than you were or even become the Governor, in future, of any county or even become the President of this great country so that he/she becomes a testimony of any kind of violence to future generations.
I shall continue to pray for you to have peace in your relationship with this lady. May God also bless your family as well.
I have also been made to understand that one of your colleagues, who also man-handled me, has a kidney problem.

I am as well willing to help in meeting his medical expenses.”

Sonko organises for the police officer who arrested him to be humiliated by a lover demanding Ksh 300,000 then offers to pay the woman.

Basically he pays the woman he hired to humiliate the police officer.

Sonko was arrested in Voi at a roadblock in December 2019 after a 2-day manhunt as he allegedly tried to evade arrest over allegations of misappropriating over Ksh357 million.

A video that went viral showed the governor resisting to board a police chopper at the Ikanga Airstrip, forcing the base commander to to handcuff him.

General Badi to give Nairobi a complete face-lift by December