A quick search on Google about Caleb Amisi, the current Member of Parliament for Saboti shows the all known too well hustler story, from rags to riches, from herdsboy to lawmaker, however, these stories often have a lot of gaps and now floating around are news that the MP is allegedly a conman.

A close ally of @RailaOdinga, Saboti MP Caleb Khamisi in trouble for reportedly conning a another MP Shs. 17M.

This is not the first time such allegations have been brought forward against the father of one. back in 2018, he was accused of conning a businessman by the name David Were Ksh 13million.

Saboti MP, CALEB AMISI, is conning innocent Kenyans and threatening to kill them, he wanted to butcher DAVID WERE (EVIDENCE).
Wednesday, November 17, 2018 – Saboti MP, Caleb Amisi Luyai, is a conman and fraudster who has been fleecing innocent … https://t.co/AFlvIPJ99g pic.twitter.com/FBl4WVWteP 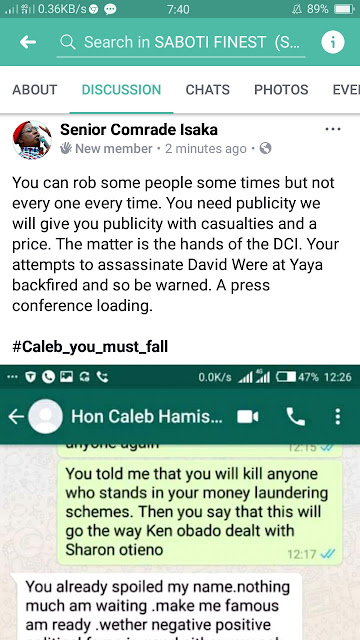 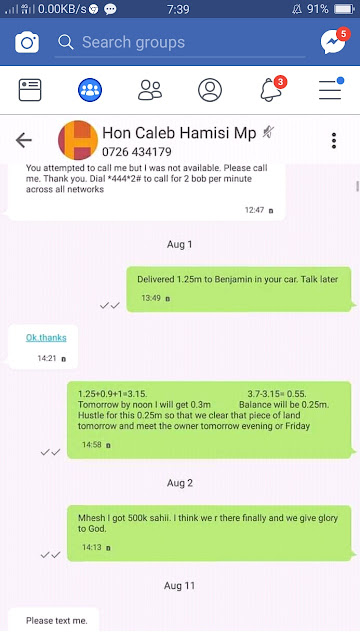 The lawmaker loves to flaunt money, he was recently in the news offering to sponsor any person who would come up with a good song that will create awareness among the youth about the coronavirus pandemic.

“Any Kenyan artist who will compose a well-rated song to create a positive impact in fighting this pandemic, I take it upon myself to sponsor the music production,” Mr. Amisi had said.

DPP REACTS TO BEING LINKED TO AN ASSASINATION PLOT