The Office of the Director of Public Prosecutions (ODPP) has ordered for Emurua Dikirr MP Johana Ng’eno to be charged with hate speech and conduct to likely breach peace over his recent Uhuru and Mama Ngina Slur.

“DPP Noordin Haji gives approval for the arrest and prosecution of Johana Ngeno, MP for Emurua Dikirr for uttering statements intended to stir up ethnic animosity amongst different communities residing within Trans Mara area over the weekend.” The statement by the ODPP reads. 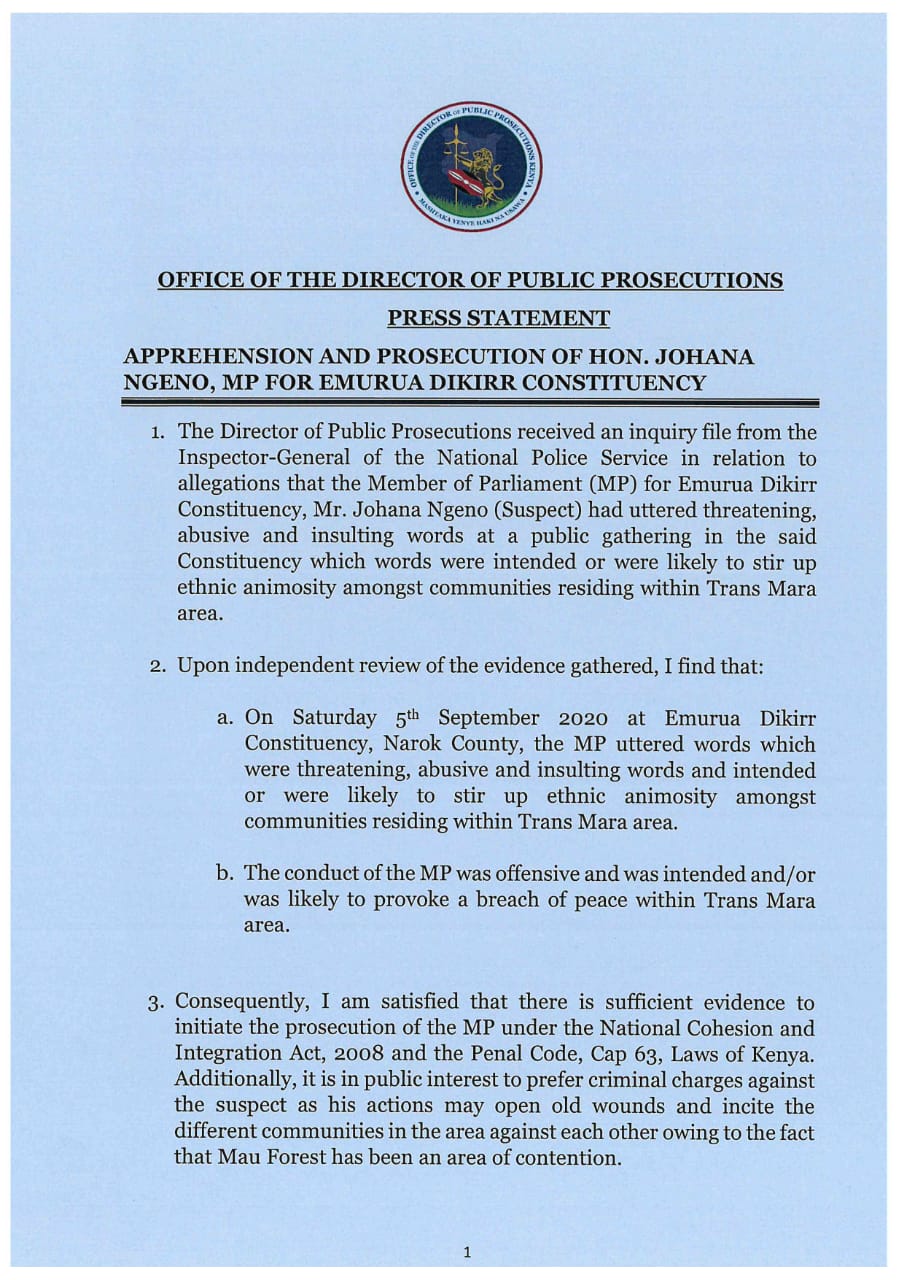 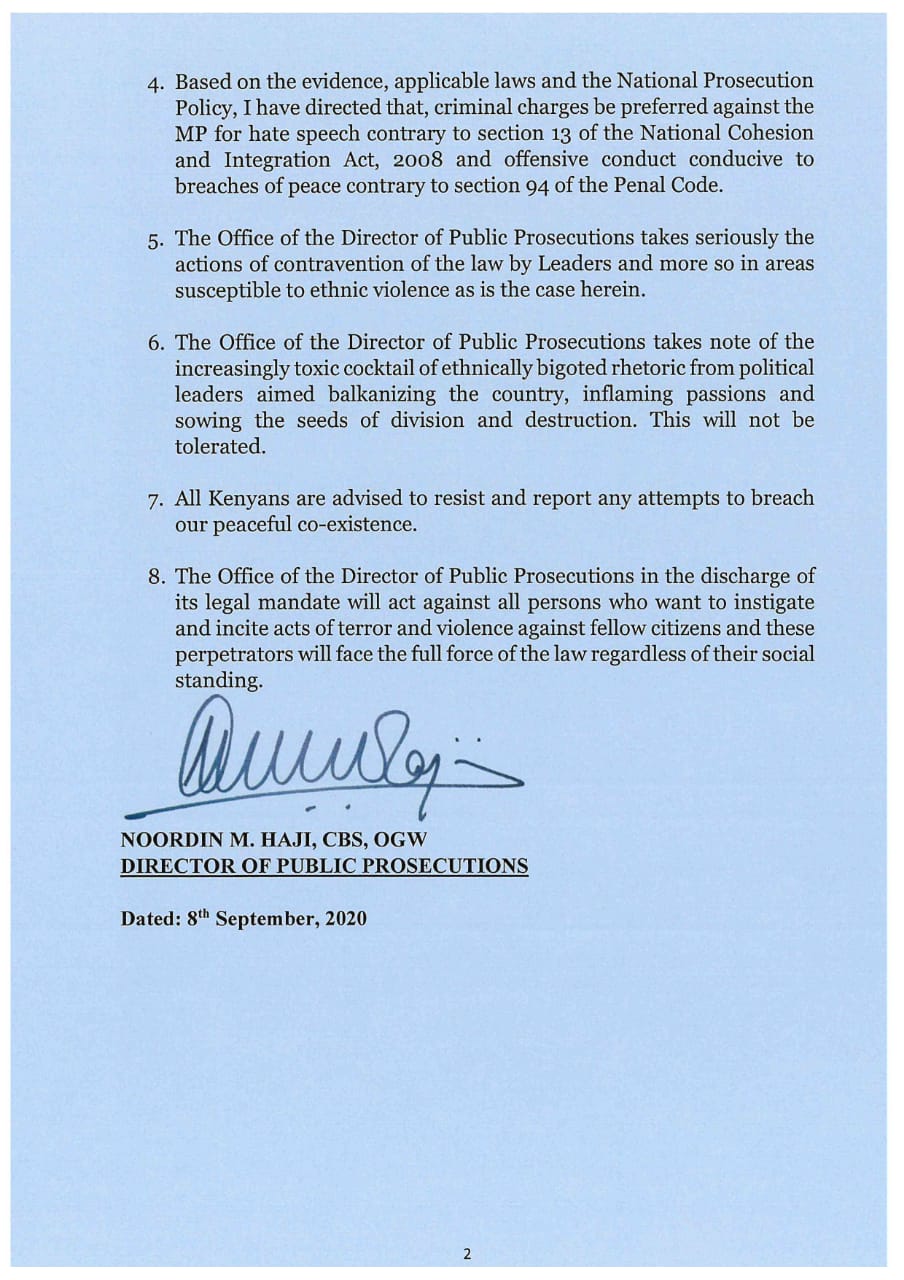 Police in Transmara East arrested the MP on Monday at his Mogondo home shortly before 4.30 pm. Ng’eno was arrested over the remarks he made on Sunday at Murkan that the police say we’re meant to incite communities.

During the Sunday event, Ng’eno hit out at President Uhuru Kenyatta for the wrangles in Jubilee Party. He told the President to work with DP William Ruto “or go home”.

“You are not Kenya and Kenya is nor Kenyatta’s or Mama Ngina’s land. This land belongs to 47 million Kenyans, you cannot run it as you wish,” the legislator said.