by The Sparrow
in Exposé
4 min read
0
3.3k
VIEWS
Share on FacebookShare on TwitterWhatsapp 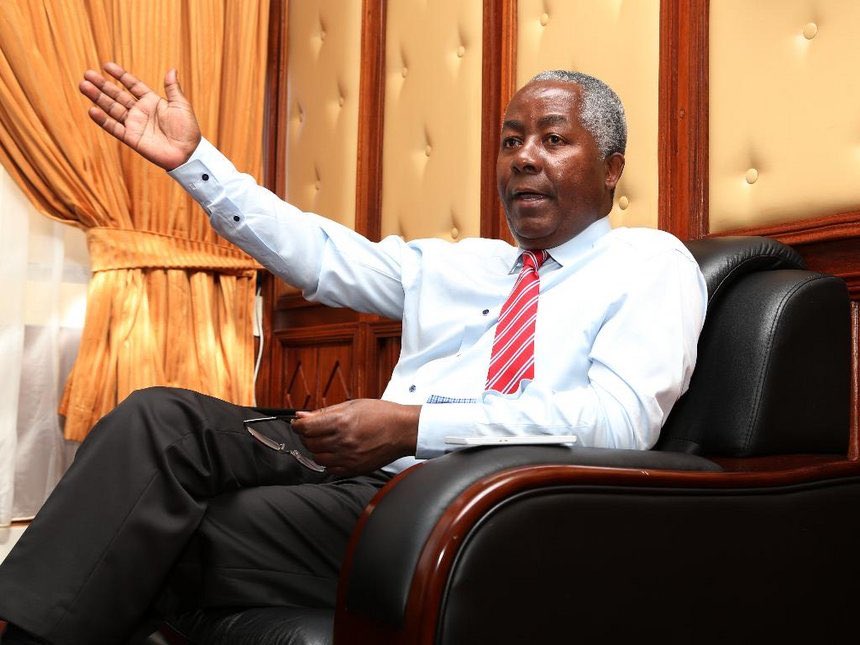 The public anger about the KEMSA Scandal where funds meant for fighting the COVID-19 Pandemic were stolen has died down and with it the media pressure.

Kenyanbulletin.com starts a serialization of the research we’ve done by looking in between the lines of the reports by mainstream media houses.

We say, if you are keen, you will notice a pattern and that pattern is sometimes very telling but most people chose to ignore. It is not their fault, sometimes the media too, tries to divert attention from the real corruption by such headlines as, ‘Covid-19 loot in the counties will shock you’.

Nope, never buy that as we know so well, no one in the counties can steal more than those exposed to the funds at National level.

What will shock you instead, is indeed the complex nature of the looting as many of those unmentioned but speculated as corrupt, indeed had their hands in the cookie jar.

The anti-corruption agency EACC has said that the case involves ‘involves a wide range of issues’ and therefore will take some long time so as to build watertight case that “will stand the test of time” in court.

Kenyanbulletin.com feels that Kenyans need to know the truth about the looting that went on as they were ‘locked up’ inside their houses, losing jobs, ways of life, their incomes and their minds (many people have committed suicide because of panic attacks and depression).

It is an evil empire.

Kembi Gitura is the board Chairman at the Kenya Medical Supplies Authority (KEMSA) that is headed by suspended CEO Dr Jonah Manjari.

After the exposé titled #Covid19Millionaires on NTV, Kenyans were shocked to learn that people like Richard Ngatia (Kenya National Chamber of Commerce and Industry – KNCCI) among other businessmen were involved in diverting the donations by Chinese Billionaire and Philanthropist Jack Ma for resell to KEMSA.

Kembi, by virtue of being the board Chairman was not supposed to transact with KEMSA however, the opposite is true.

The man who was giving rude answers to senators probing the looting of COVID-19 donations and illegal procurement activities at KEMSA, is a direct beneficiary of the loot.

On being asked about an order he made to the CEO Manjari to sign a contract with some company that had won a tender that was the subject of an investigation by the CEO, Kembi replied rather rudely.

“I don’t know why the Senator is relying on leaked documents and leaked emails. If he had asked me to provide it I would have done so because I wrote it and I own it. Don’t try to confuse Kenyans that I directed the CEO on a tender. That tender had already been won and if Kemsa did not sign the contract within the stipulated time, the consequences would have been dire, I directed the CEO to sign the contract to protect public money,” Gitura told senators in late August.

KEMSA was looted and then when it came to owning up, the CS Health Mutahi Kagwe and his PS Susan Mochache both threw the CEO Jonah Manjari under the bus.

Our research shows that Kembi Gitura owns Absa Chemicals Limited which was paid Sh21 million in the KEMSA Emergency Procurement for COVID-19.

Kenyanbulletin.com has learnt that this is not the only payment that the former Murang’a senator received in the looting of KEMSA.

Sources say that a company known as Racking System Warehousing was contracted by KEMSA at a fee of Sh959 million. The firm is associated with Chege Gitura, a brother to the board chairman.

There are other firms namely Antarc Healthcare and Armick Limited, also associated with the Gitura, were paid Sh7.4 million and Sh 28.6 million respectively.

In the ongoing investigations by EACC, the agency and DCI should concentrate on the board chairman.

In order to wash himself off his sins, Kembi Gitura has sponsored hashtags online calling his CEO Manjari guilty, but one fact remains elusive to those ‘washing’ this guy. It should be noted that he frustrated ad suspended the Legal Officer Mr Fred Wanyonyi when he advised against illegal procurement activities.

KEMSA has been a rotten agency for far too long.

The front person for the Armick Limited mentioned earlier is a lady known as Roselyn Wambui who comes from Kirinyaga.

It is just the start of the revelations and it is already clear to see that all these parastatals are surrounded by politicians who mercilessly loot and eat with their girlfriends. In other countries, rich people are those who have invented things and own industries which employ people especially the youth, but in Kenya it is the opposite. Politicians are the ones who are rich in Kenya because they easily loot from the public and go scott-free.

In the issue of Kembi, how does one do business with the agency they lead? Isn’t it conflict of interest and a breaking of so many laws?