The United Republic of Tanzania has today lifted the suspension of all Kenyan airlines to allow air travel into the country after Kenya removed their imposed 14 days mandatory quarantine period on Tanzanian nationals.

Yesterday, The Ministry of Health (MOH) reviewed its Covid-19 safety measures and exempted Tanzania from the list of countries that require mandatory quarantine. 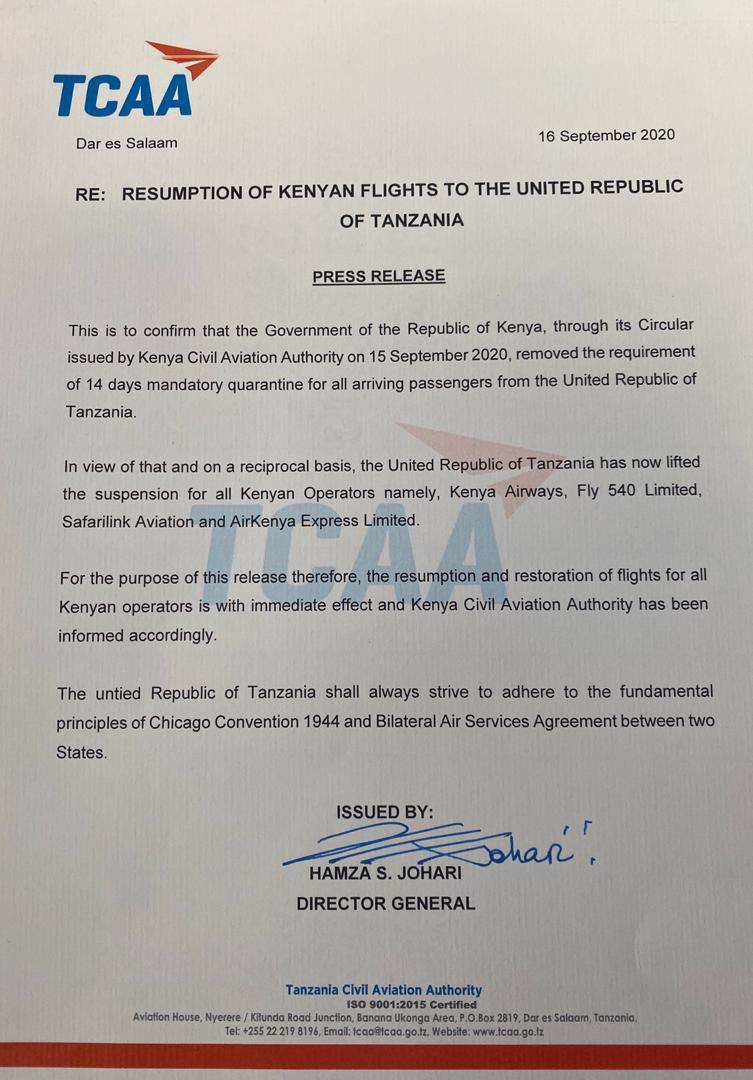 Earlier, Tanzanians arriving in Kenya were not allowed to mingle freely with the public until they finished the 14-day quarantine period.

This resulted into a diplomatic dispute between the two countries largely occasioned by a failure to agree on the Covid-19 protocols to be followed in the cross-border movement of people and goods.

Tanzanian then banned Kenyan airlines from its airspace and maintained that it would not lift the ban unless air travellers from Tanzania were accorded the same treatment as those on the initial list of exemptions.