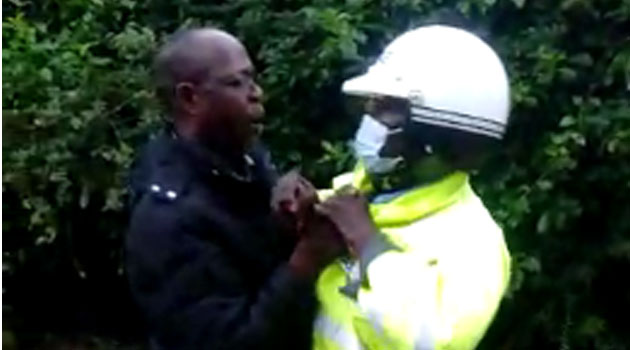 NAIROBI, Kenya, May 2 – A Directorate of Criminal Investigations officer caught on a viral video assaulting a colleague from the traffic department in Karen has been arrested.

The detective, who was drunk, was seen engaging his colleague in a heated debate, after flouting traffic rules.

The rowdy detective only revealed who he was after he was cornered.

The traffic colleague based in Ongata Rongai Police Station was managing traffic along Magadi road.

He is set to face charges in court on Monday.

Where are they now? Details of Kenya's legendary radio presenters