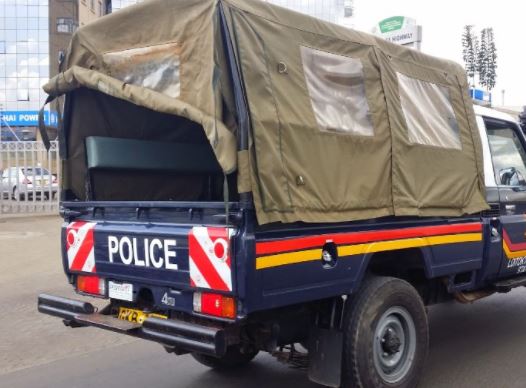 According to a police OB report filed on Wednesday and seen by K24 Digital, Isaac Ochome Otwane stabbed his wife Linet Sikuku Ndiema with an unknown sharp object.

The Police officer committed the offence after an argument erupted between him and the wife.

The cause of the argument is yet to be established.

He was off duty when he committed the crime.

Police OB states that the incident happened in Kabkara “B” village in Bungoma.

DCI officers from Bungoma West and officers attached to Lwakhakha Police Station swung into action and visited the scene after the case was reported by a village elder identified as Charles Otengo.

The 43-year-old woman was rushed to Cheptais Sub County Hospital in serious condition as her husband was arrested.

He will be charged with assault.