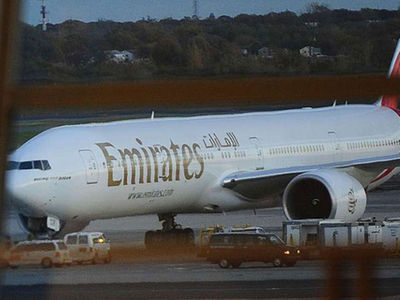 The United Arab Emirates (UAE) will suspend entry for travellers coming from Zambia, the Democratic Republic of Congo and Uganda starting June 11, as part of efforts to contain the spread of the coronavirus, state news agency WAM said on Wednesday.

The measure applies to transit passengers, in addition to passengers who have travelled through these countries in the last 14 days prior to their arrival in UAE, WAM reported.

Emirati citizens, diplomatic passport holders, and official delegations are exempt from the measures.

Transit flights from the UAE to the affected countries, in addition to cargo flights, will continue to operate.

The UAE decision was announced by the National Emergency Crisis and Disaster Management Authority and the General Civil Aviation Authority.

“The General Authority of Civil Aviation confirmed that travellers coming from Zambia, the Democratic Republic of Congo and Uganda through other countries are required to have a period of stay in those countries of not less than 14 days in order to be allowed to enter the country, with the continuation of cargo flights between the UAE with the three countries,” the authority said.

“The authority calls on all passengers affected by the decision to follow up and communicate with the airlines associated with them to modify and schedule their flights and ensure their safe return to their final destinations without any delay or other obligations,” it added.

Those excluded from the travel ban must adhere to precautionary measures, including undergoing 10-day quarantine, take a PCR examination at the airport and on days four and eight of entering the country.

On Sunday, Uganda’s President Yoweri Museveni introduced new lockdown measures including the closure of schools and the suspension of non-essential travel between districts in an attempt to stem the rise in Covid-19 cases.

Public gatherings and worship services were also suspended for a period of 42 days.

Last week, the Democratic Republic of Congo said it was facing the third wave of coronavirus infections, with its epicentre in the capital, Kinshasa, one of Africa’s most populous cities.