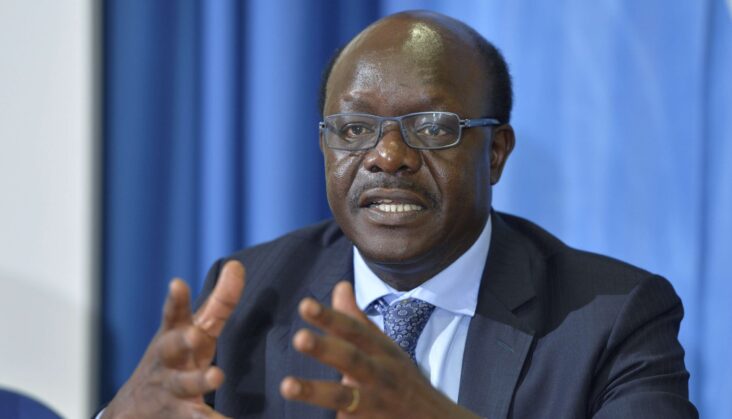 The woes facing Presidential Hopeful Mukhisa Kituyi mounted after Inspector General of Police Hilary Mutyambai weighed in on the matter.

Kituyi faces an assault case after a woman filed a report at Nyali Police Station accusing the former United Nations Conference on Trade and Development (UNCTAD) Secretary General of allegedly hitting her at a Mombasa Hotel.

“The Inspector-General f Police has directed Regional Police Commander Coast to pen an inquiry against a politician who assaulted a woman and forward to DPP for perusal and advise,” the statement from the IG’s office read.

`According to police records, the woman identified as Diana Opemi Lutta, said the politician assaulted her on May 22.

“Assault report to the station by one Diana Opemi Lutta (who) has submitted a report today the 22nd day of May 2021, at around 0200 hours. She has been assaulted by a person known to her within Tamarind Village, namely Mukhisa Kituyi whom she claims to be her boyfriend.”

In the report, the woman said Mukhisa allegedly pushed her from bed and kicked her while she was on the floor leaving her with injuries on the knee.

She claimed that the politician pushed her from the bed and continued kicking her after she fell on the floor.

When reached for comment, Mukhisa denied assaulting the woman.

He, however, confirmed that a report on the alleged assault had been made to the police but it had since been withdrawn.

“Someone had written a report claiming l had assaulted her but it was not true, I’ve never beaten any woman in my life nor do I intend to ever do it at any given time. We sorted out the case and it was withdrawn,” he said in a brief text message to our reporter.