Former Nairobi Governor Mike Sonko has again jumped in to the rescue of retired boxer Conjestina Achieng after she attempted to burn her Siaya home.

On Saturday, August 28, Sonko airlifted the boxer to Nairobi, just days after she burnt her belongings inside her house in Gem, Siaya County.

The politician is known for pulling similar moves anytime the plight of Achieng is being discussed by the public.

In 2018, Sonko airlifted the former boxing icon to Nairobi where she underwent treatment and was later taken to rehab in Kabete. But no major improvement in Conje’s health was realized. 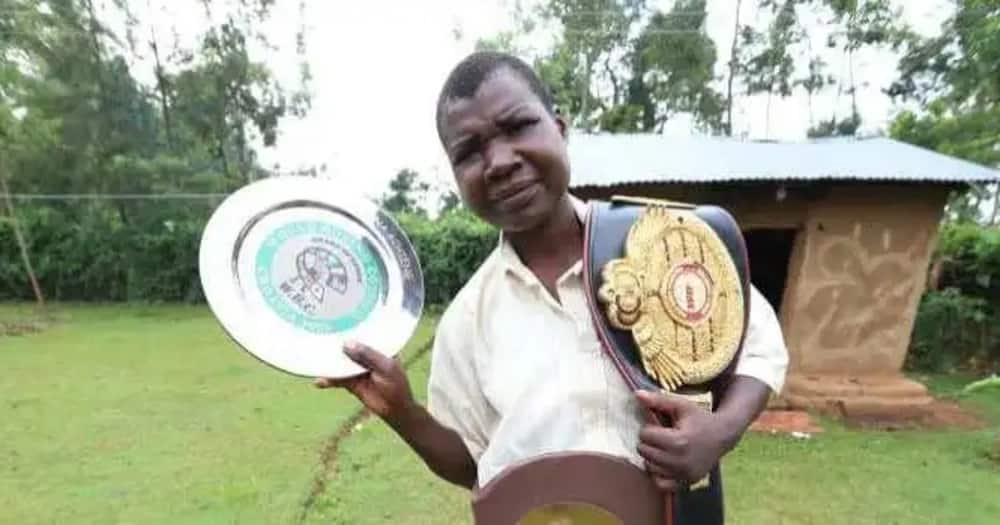 In this new move, Sonko says that Achieng will undergo treatment and assessment due to her current situation.

“She will undergo a medical check-up and doctors will determine if she will be taken back to the rehab,” he said.

Detectives who spoke to K24 Digital moments after the fire incident emerged affirmed that the fire was started by a person.

“Investigations are still ongoing about the matter and we shall know what was the cause of the fire,” said the detective who spoke in confidence as he is not authorized to address the media.

According to doctors, the boxing icon has been battling schizoaffective disorder also known as paranoid Schizophrenia. This was made public in 2018 after she was airlifted to Nairobi from her native Siaya home.