Joshua Onyango, the officer-in-charge of Nadanya health facility in Vihiga sub-county, together with a security officer guarding the health facility were arraigned in Vihiga court to face theft of mosquito nets.

The government through the ministry of Health supplied nets to Vihiga county to help in the control of malaria. The nets were delivered to various distribution centres where they were stored before issuing to locals. The nets belonging to Vihiga and Sabatia sub-counties were stored at Vihiga rural health facility located opposite Vihiga County Referral Hospital. The nets packed in hundreds of bales were delivered and received by Vihiga county Malaria coordinator Jacob Odipo who ensured they were in good custody at Vihiga rural health facility under the custodian of John Sikoyo.

When the outbreak of coronavirus was first reported in the country and Vihiga county, in particular, the county government of Vihiga decided to convert Vihiga rural health facility into a quarantine centre something that forced the nets to be relocated to Nadanya health facility for storage where Onyango was in charge. After chief executive committee member health Arnold Mamada, who has been suspended, authorised the nets to be transferred to Nadanya, Sikoyo ensured the nets are well delivered to the Nadanya health facility.

According to S11 and S13 forms seen by Weekly Citizen, they show that Onyango, the main culprit in the syndicate, received all the 790 bales of nets. Things turned nasty when Vihiga residents noticed that the nets were missing and reported the matter to the officers in the health department who eventually informed Steve Odhiambo who was the acting health director.

Shockingly, Odhiambo after being informed of the disappearance of nets from Nadanya health facility, he did not take any action and instead kept quiet. It took the efforts of Odipo and Kaitany to report the matter to the chief officer of health Mary Anyienda.

Anyienda called for an investigation into the syndicate and the culprits were brought to book. The matter was handed to police who launched investigations leading to the arrest and prosecution of Onyango and the watchman who was the security officer.

The nets worth Sh8 million were stolen at Nadanya health facility where Onyango was in charge. The sources privy to the syndicate say the watchman was bribed to allow the consignment to leave the facility. The watchman after being bribed he is said to have bought a posho mill and cemented his mud house in changes that also surprised his neighbours.

The watchman’s neighbours said the lifestyle of the guard changed drastically pulling surprises in the whole village. Onyango was released on bond but the watchman is still in remand after failing to raise bond of Sh300,000. The unfolding drama happens barely a few weeks after Anyienda and Vihiga governor Wilber Ottichilo had sounded a stern warning to health staff with a habit of stealing drugs and other non-pharmaceutical items from health facilities.

Since she took over from Mamadi, community health volunteers are receiving their monthly stipends of Sh2,000. Expectant mothers who have registered in the Ottichilo healthcare programme are now receiving their stipends. Vihiga residents have asked Anyienda to crack the whip on the long-handed health staff who are making riches by stealing drugs from health facilities instead of administering the drugs to patients.

Cases of medical staff stealing drugs and other medical equipment from the facilities they are working in are rampant in the county. 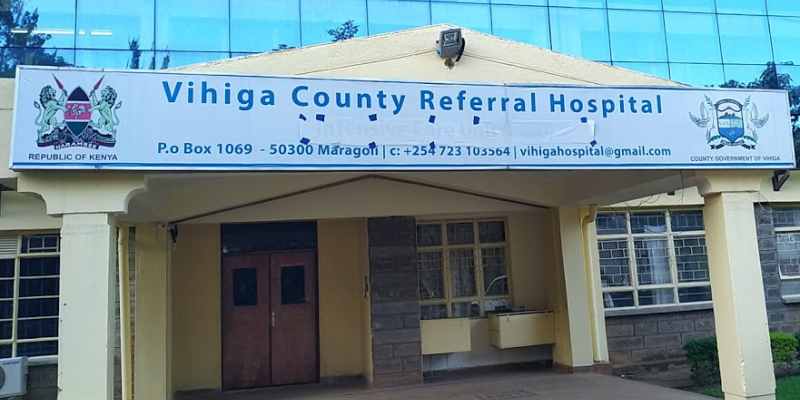 Last year, police arrested Christine Mundiah aka Tina – a nurse at Ipali dispensary – who was implicated in stealing drugs. Police last year also arrested five health staff from Emuhaya Subcounty Hospital in the county over the theft of medical cloves worth Sh800,000 which vanished from the hospital stores.