Nairobi governor Ann Kananu has released more than Sh1 billion to revive the rehabilitation of City Stadium as well as completion of stalled Dandora Stadium.

According to the plan contained in the Nairobi County Annual Development Plan (CADP) for the financial year ending June 30, 2023, upgrade of City Stadium will take up Sh1 billion, while completion of Dandora Stadium Sh50 million.

The development will see the two stadia equipped with modern equipment as part of the upgrade of sport and recreational facilities in the city.

“The plan is to have new look stadia that can host other activities apart from the sporting ones to raise revenue for the county government,” reads the CADP in part.

The 10,000-seater City Stadium – the oldest in Nairobi – has been shut since 2015 to allow for renovations after it was condemned as unfit to host competitive football matches.

Phase two of the same is planned to cover replacement of the artificial turf, rehabilitation of the pitch drainage system, high mast floodlights, running tartan track, construction of more sitting terraces among other key areas.

Three years since the works began at the stadium, only 65 percent of phase one renovations have been done before the renovations stalled for unknown reasons.

Last year October, City Hall announced it was looking at working with the national government to speed up renovation of the stadium to raise the standard of the stadium.

And in May this year, the Ministry of Sports initiated talks with the Ann Kananu-led administration to take over the rehabilitation and management of the stadium. 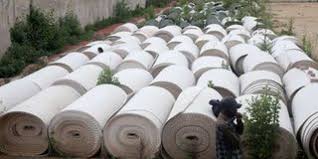 For Dandora Stadium, the Sh50 million will go into expediting the completion of the Sh350 million stadium which has stalled since September, 2019 with 80 percent of work already done.

This is after the Ethics and Anti-Corruption Commission (EACC) opened investigations into the tendering process and irregular payment of Sh196 million for the project.

But even a directive by President Uhuru Kenyatta in February for City Hall to have the contractor, M/S Scanjet limited, back on site to complete the remaining work has failed.

Already, more than 3,000 seats had been installed in the terraces with changing rooms and floodlights fitted. 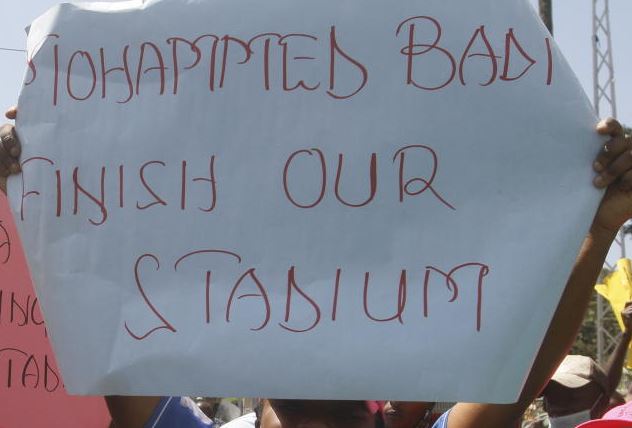 Dandora Stadium Chairman Godfrey Okoti confirmed to Nation Sport that the demonstration is on.

“The people have said it is enough and are planning a mass demo on Tuesday. It will be a peaceful march to the office of the Nairobi Metropolitan Services (NMS) Director-General Mohamed Badi to seek answers on what exactly is happening. The stadium is 90 percent done now but despite knocking on all the relevant doors, we are yet to get the right answer on why it is yet to be completed, two years down the line. Our youths, our community, businesses and the entire sports fraternity in Dandora is losing and we now demand the completion and opening of the only public facility in Dandora as soon as possible. We cannot sit down anymore and watch as our talented youth go down the drain. We have watched in silence for far too long and the community has decided to act,” he added.