The government has dispatched 636 recently hired Assistant County Commissioners to various work locations around the country.

Interior Principal Secretary Karanja Kibicho deployed the officials in a memo, directing that they be mentored by competent and experienced officers who will give advice and assistance as field administrative officers.

Nearly all the officers will be deployed in the Sub-County Headquarters. These officers are equivalent to Division Officers (DOs) in the old constitution.

The intention was to fill these vacancies prior to the election period. The new Assistant County Commissioners will preside over a number of regional security meetings and coordinate national government activities. They will also assist in mapping out various security dangers and reporting on them. 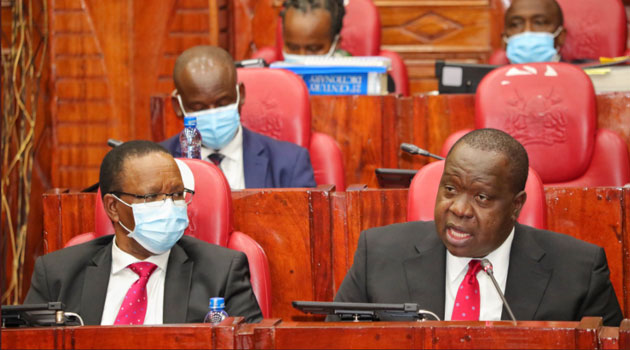 “We will look at the map across the country and check the areas which we think may be hotspots so that we are prepared to deal with them,” Matiang’i said.

The CS, who was speaking during a meeting with regional and county police commanders at the Kenya School of Government, said the recent wave of kidnappings was among the issues that pose security threats.

“We are ready to support a peaceful election. Do not be intimidated and let us not give in to anything that would hurt the stability of our country,” he told the police commanders.

Dubbed Inspector General’s Conference, the meeting was attended by all the regional and county commanders drawn from the Kenya Police Service, the Administration Police Service, and the Directorate of Criminal Investigations.

According to the National Cohesion and Integration Commission (NCIC), there is a likelihood of ethnic violence being witnessed in some areas including Marsabit, Turkana, and West Pokot counties.