Eliud Kipchoge has done it again, this time being crowned the finest male athlete in the aftermath of the 2020 Tokyo Olympics.

On Sunday, October 24th, the Association of National Olympic Committees (ANOC) in Greece declared the legend athlete the winner of the ceremony. 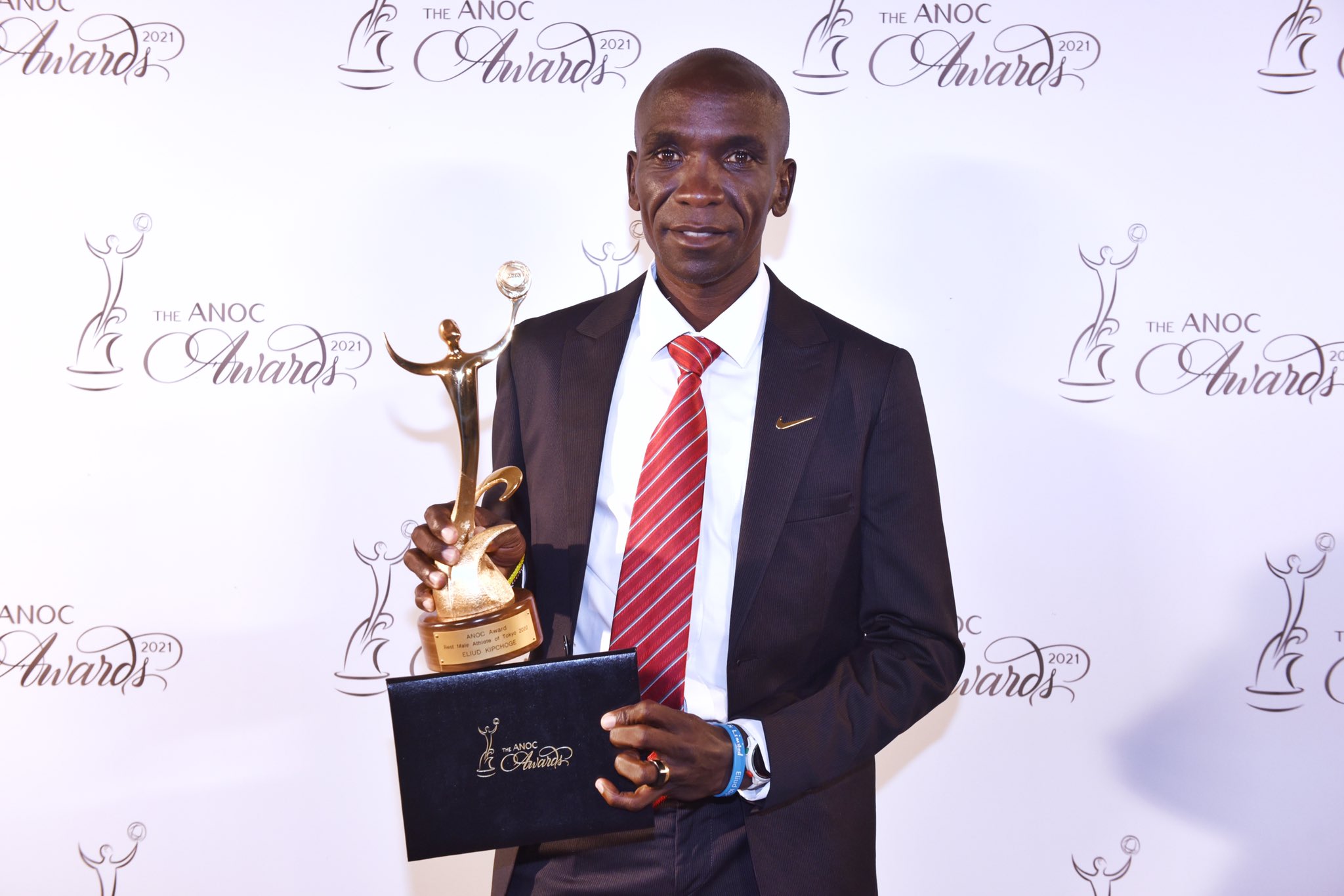 Kipchoge made history when he bagged his second gold medal for the race becoming the third athlete of all time to win a back-to-back gold medal in the road event that had initially been postponed due to the COVID-19 pandemic.

Speaking after being confirmed the winner of the prestigious award, Kipchoge noted how running means the world to him. He continued by expressing how happy he was to have made a mark in the world at large.

It is an honour to win the ANOC Award for the Best Male Athlete at the Tokyo Olympics. With so many beautiful performances by so many athletes, I am proud to be the recipient of this award.

Thank you all for your great support! pic.twitter.com/SQ8upHnVes