How IPOA has let rogue cops get away with murder

Since the Independent Policing and Oversight Authority’s (IPOA) mission began in June 2012, just 12 of the 18,166 complaints filed against police have resulted in a conviction.

Ninety-eight additional cases, including dozens of murders, remain stalled in the courts as the wheels of justice turn slowly on IPOA. Cases against police show a pattern that, if not corrected, may lead victims’ families to abandon their fight for justice and accept a fate that empowers rogue cops to commit additional offences.

The case against police officers charged with the murders of human rights lawyer Willie Kimani, his client Joseph Mwenda and taxi driver Joseph Muiruri is still in court, five years since the shocking incident. The three were killed in 2016 and their bodies found in Ol Donyo Sabuk river a week later.

Its prosecution was dogged by multiple adjournments following incidents of suspects claiming to have fallen ill alongside multiple excuses by the defence team that saw Justice Jessie Lessit declare that there would be no more adjournments.

The victims had been stashed in gunny bags, a trick now increasingly being used by killers hoping their victims will be eaten by crocodiles or sink to the bottom of rivers or dams, never to be found.

Some officers say the main reason for this is to prevent successful prosecution of the killers, seeing as for a successful murder case, the victim must be found alongside the weapon used to kill them. 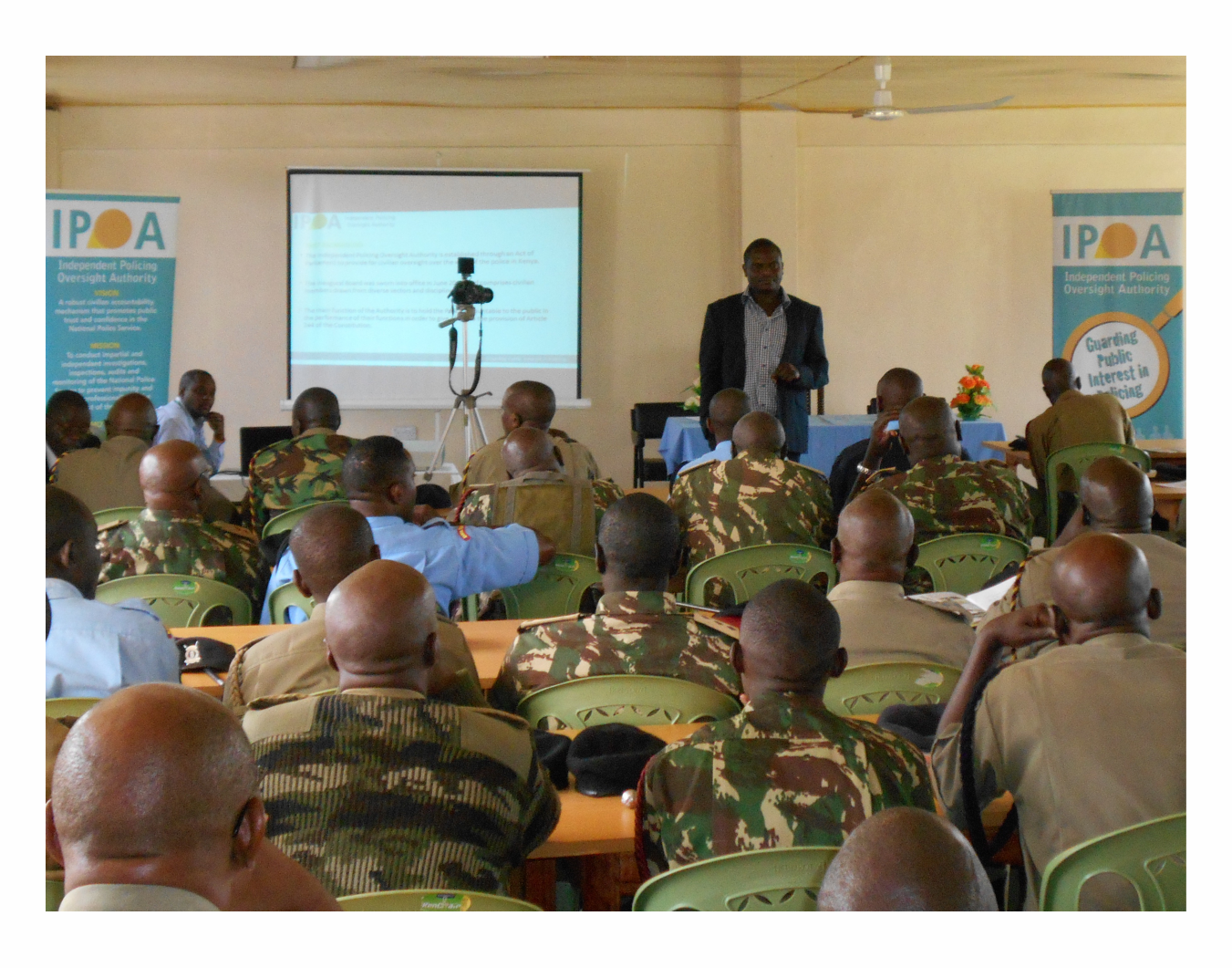 “If someone disappeared, got killed and there’s no body to prove that, how do you charge a suspect for murder? That is why these criminals kill in Nairobi and dump bodies hundreds of kilometres away in areas like Mt Kenya region, Maai Mahiu and Ol Donyo Sabuk, where relatives will not even think of searching for them.

“In the event that the body is found, chances are it will be admitted to a morgue and thereafter, be dumped by the morgue, alongside other unclaimed ones,” a police officer told the Nation.

In Nairobi, the hearing of the case against police officer Dancan Ndiema, who was charged with the killing of 13-year-old Hussein Moyo on the family’s balcony in Kiamaiko slums is yet to begin, a year since the incident happened. Claims of the casefile having gone missing have dogged the case for months.

In Kisii, the case of Eric Achando who died at Rioma police station in May, and the shooting of Davine Moraa in the protests that followed, is yet to be filed in court.

Between January and June this year, the authority recorded 1,324 complaints against the police, among them allegations of 105 deaths, serious injuries and disappearances. The 105 cases include 21 deaths in custody, 55 resulting from police action, 15 from shooting causing serious injuries, 12 on enforced disappearances and two of unlawful discharge of firearms.

For its part, the Internal Affairs Unit has recorded a total of 612 complaints against the police between January and August this year, out of which two had insufficient information to warrant action by the unit.

Eighteen of the total complaints were administrative in nature and were forwarded to the National Police Service, inspector general of police, and his two deputies for action, while 418 were referred to police commanders.

A status report on prosecutions of police brutality cases presented to the Senate Justice and Legal Affairs Committee last month by Director of Public Prosecutions Noordin Haji noted evidence tampering, intimidation of victims and witnesses and interference with investigations as the main challenges during prosecution of cases of human rights violations by police officers.

In some incidents, Mr Haji said, a crime scene may be altered and evidence destroyed by the officers in an attempt to conceal their crime, leading to little or no evidence that can meet a prosecutorial threshold.

“For instance, in cases involving police shooting, ballistic examination is normally impaired due to lack of bullet cartridges as evidence, as they are often removed from the crime scene,” noted Mr Haji.

The report added that some victims are profiled and labelled as criminals to the community so as to prevent a reaction from the public. In other cases, police prefer trumped-up charges against victims in a bid to conceal their crime.

This especially happens in instances of police shootings where bodies of “suspects” are paraded as violent robbers.

The move has led to Ipoa and IAU conducting parallel investigations, an indication that the tripartite task force launched by the DPP to harmonise investigations into human rights violations by police officers has been hit by challenges.

The IG, in a response letter to a recent complaint by Ipoa over the two units conducting parallel investigations called on them to foster a closer working relationship in ending police excesses.

“Having reviewed your letter in its entirety, it is my objective determination that the unit should not be cited for carrying out parallel investigations with a view to undermine the authority’s legal mandate, but to complement the work to end cases of police excesses,” said the IG.

The task force comprising a specialised unit of prosecutors meant to handle matters of police excesses was prompted by the need to prevent sympathy and favouritism to officers by prosecutors, which could be occasioned by their close working relationship.

Though conviction may appear as the ultimate resolution to complaints filed against the police, the head of Legal at Internal Affairs, Mr George Okal, notes that some cases are resolved through arbitration and some through return of lost or stolen property to the victims by the police.

“If a phone had been stolen and the officer agrees to return it and does so, then the matter then is resolved amicably. However, there are still cases where some people, out of fear, coercion or threats, refused to cooperate with our investigators, thus denying us the much-needed evidence to give them justice. Our aim is to always inspire public confidence by resolving the cases that are forwarded to us,” said Mr Okal

When investigators dispense with a matter while it is still fresh, they are able to get justice for the victim soon, but when delays occur, witnesses give up and may, in the waiting period, receive threats and forget the events as they happened.

“Some delays at the ODPP lead to delay in arrests. In one such case, when our officers went to arrest the suspect, they found they had already reconciled with the victim and offered monetary compensation, thus the case could not go forward,” added Mr Okal.

Secretary of Public Prosecutions (SPP) Dorcas Oduor, however, notes that not all cases can go to court.

“Even if we wanted to, we cannot, and since charging an individual has adverse effects on their life, property and liberty, that is why the Decision to Charge Guidelines were launched. Before a suspect is charged, the prosecutor handling the file performs evidential and public interest tests,” she notes.

The challenge of non-cooperation from field commanders as a result of misinterpretation of the concept of police oversight, and the presence of two of its regional offices (Nyeri and Mombasa) within police premises are some of the challenges faced by the IAU in its work. This denies victims the liberty to walk into the offices freely to make complaints against the police.