DAVIS CHIRCHIR has been appointed chief of staff in office of Deputy President William Ruto by the Public Service Commission.

Davis Chirchir has been unemployed since 2015, when he resigned in disgrace from the Ministry of Energy following a scandal involving the shady purchase of voting equipment for the 2013 General Election.

Chirchir resigned from the influential docket after President Kenyatta indicated unequivocally that any cabinet member implicated in fraud should go. 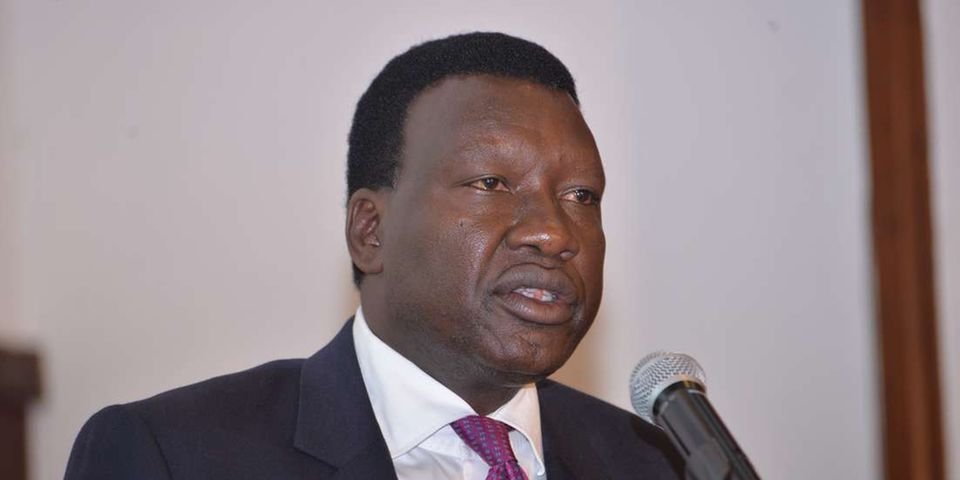 Prior to his appointment in the Uhuru cabinet, Chirchir used to work as Information Technology Director at the defunct Interim Independent Electoral Commission (IIEC).

Chirchir, the Jubilee party‘s chief agent, was accused of tampering with the IEBC servers and rigging the 2017 general elections in President Uhuru Kenyatta’s favor.

The NASA campaign, led by Raila Odinga, accused the former CS of orchestrating the rigging.

With only a few months until the election, Chirchir will be expected to play a key part in Ruto’s presidential campaign. Chirchir is known for his discretion and seldom gives interviews to the media.

Davis Chirchir is the Man who logs in and out of IEBC servers as he please.. moving to the office of the Deputy President 100 days to election.
Dp Ruto knew what he meant when he said 'Tulijipanga kitambo' pic.twitter.com/FYIewMtPBS

Why Azimio fears Davis chirchir than Ruto himself ?

Why is Davis Chirchir feared?🤔 Because he's an IT guru?