LSK President Nelson Havi has said that the Executive Order No 1 is Unconstitutional. He has given the Executive 7 days to rescind or he will challenge it in Court.

President Uhuru Kenyatta on Wednesday evening issued an Executive Order NO.1 of 2020 – Organization of Government which has elicited debate amongst lawyers, with some arguing that he has abolished the “sharing aspect” of the presidency with his deputy William Ruto.

“In exercise of the powers conferred by Article 132 (3) (b) of the Constitution, as read with all other enabling Laws, I, Uhuru Kenyatta, President and Commander-in-Chief of the Kenya Defence Forces, order and direct: that this Order supersedes Executive Order No. 1 of 2018 (Revised) issued in July 2018,” reads the document, on its preamble.

Law Society of Kenya president Nelson Havi says in a letter to the AG that the Executive cannot realign the Judiciary.

No wonder court orders are not being obeyed by the same Executive issuing the executive order. I am sure AG will do nothing about this letter so the best thing is to move to court and challenge it.

“Executive order No. 1 of 2020 is one of the many executive orders issued by President Uhuru Kenyatta. Of great concern to the Society is the manner in which previous orders and the current one have dealt with the Judiciary, Constitutional Commissions and Independent Offices. The Judiciary is established under Chapter Ten of the Constitution with the Chief Justice as its head.” reads part of LSK’s Statement. 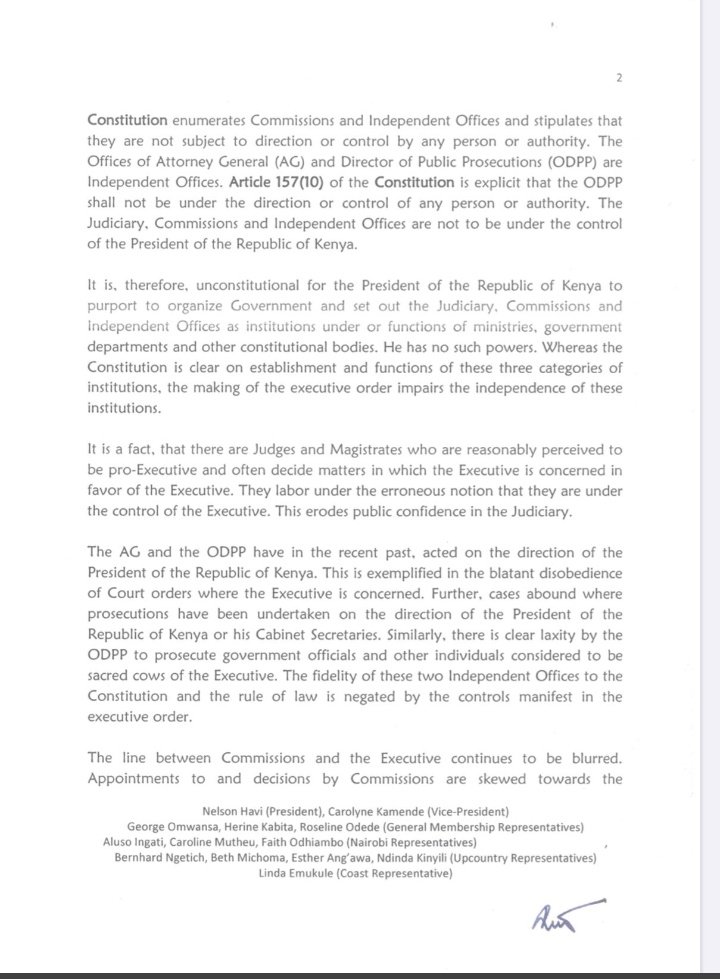 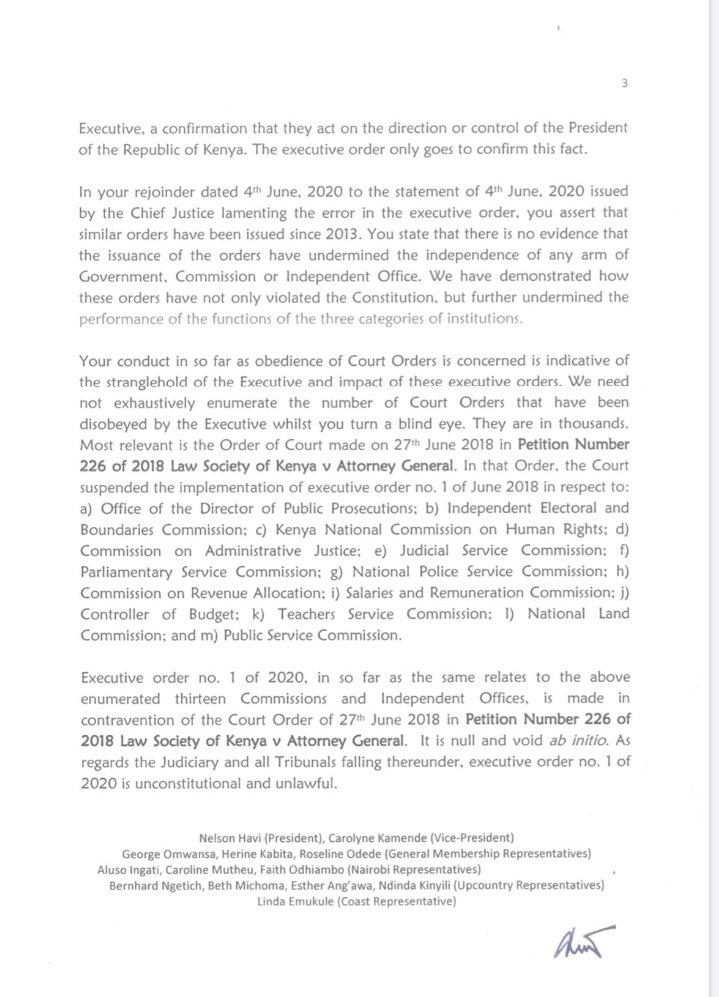 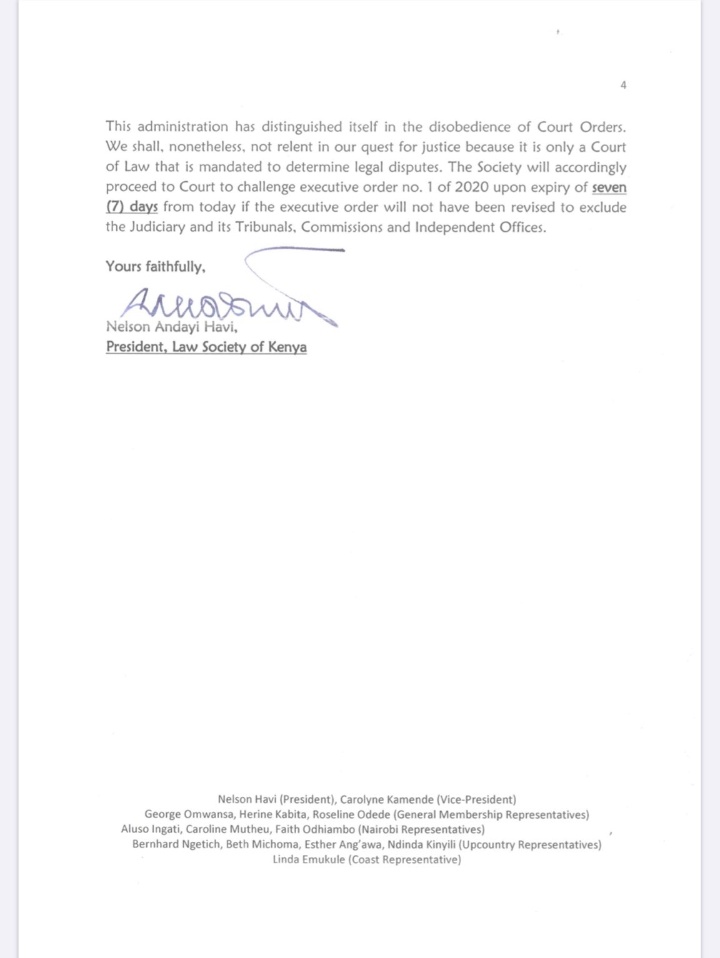 Many Lawyers have thrown in their opinion on the whole effectiveness of the EO while some tearing apart the Executive and accusing the president of being a dictator.

The Country is slowly sliding unto dictatorship.We shall not countennance such an attempted constitutional coup! https://t.co/UrDaGHum7p

According to lawyer Donald Kipkorir; the order will massively affect the operation of the office of Deputy President. For instance, he argues that the budget earlier channelled to that office will be a thing of the past, and hiring of employees will be a reserve of the Head of Civil Service Joseph Kinyua.

Ahmednasir Abdullahi, however, said the order was being misinterpreted. He argued that the term “Presidency” implying Offices of President and Deputy President working as a unit is alien.

“The leading legal commentary on the executive order issued today by H.E Uhuru are advanced on Twitter by laymen with zero legal education. The constitution talks of The President. The Deputy President…etc. The “presidency” is a “constitutional heresy,” he posted on his Twitter page.

The Chief Justice and President of the Supreme Court of Kenya CJ David Maraga had also published a statement protesting the Executive Order 1 of 2020’s butchering of the constitution.