Tuskys to lease brand in the race for survival 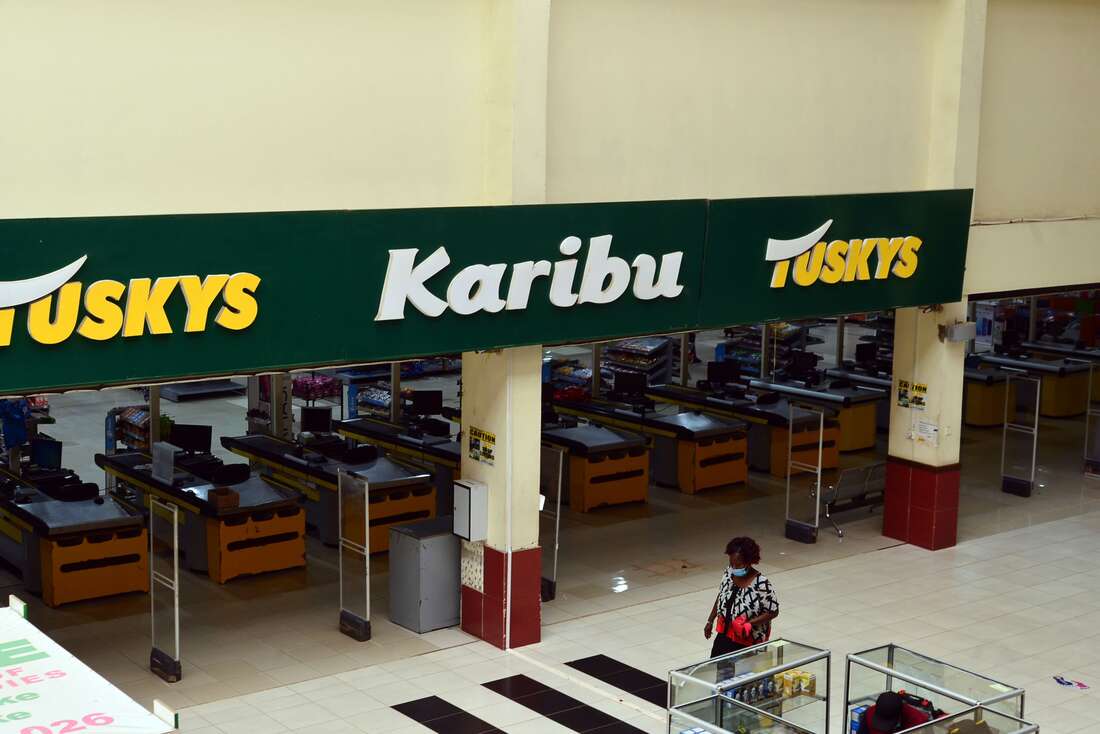 Struggling supermarket chain Tuskys has sought approval from the Competition Authority of Kenya (CAK) to lease its brand through a franchise after losing most of its stores due to non-payment of debt to landlords and suppliers.

In the proposal, Tuskys will allow various independent retailers to trade using its brand at a fee following delays in closing a Sh2.1 billion financial deal with a mystery offshore investor.

The CAK on Monday revealed the franchising plan, adding that Tuskys has sought regulatory guidance on how to lease its brand to investors.

Franchising will allow the retailer to keep its brand alive besides generating fees from the partnerships.

It will also give the cash-strapped Tuskys – whose branches have whittled down from more than 60 to an estimated seven — an opportunity to bounce back in the future should it get deep-pocketed investors.

Tuskys has rejected a creditors court petition to reveal the offshore investor seeking to rescue the cash-strapped retailer, more than nine months after the supermarket chain announced a financing deal.

“The Authority received an advisory request from Tusker Mattresses Limited regarding a proposed franchising project. Specifically, Tuskys sought advice on the necessary legal steps and requirements that they should put into consideration to enable the project become a success,” the regulator says in its latest annual report.

“Tuskys was requested to furnish the Authority with the final draft of the franchising agreement, once prepared and before execution, for its review.”

The CAK noted that a franchise agreement may qualify for exemption from regulations banning restrictive trade practices by companies in the same industry.

Tuskys is betting that its brand will be strong enough to attract business partners that will stock stores, pay employees and rent in the retailer’s latest bid to keep its brand afloat in the competitive sector.

Tuskys has been losing employees, stores, customers and suppliers as its cash troubles worsened amid stock-outs.

At its peak, the retailer was an acquisition target for global giants like Walmart seeking a foothold in East Africa.

The investor intending to provide Tuskys with the Sh2 billion loan seeks to secure the debt using all of the supermarket operator’s shares, putting the ownership of the existing shareholders at risk in the event of default.

The unnamed investor, based in the tax-haven Cayman Islands, was ready to disburse the funds but sought Tuskys’ shareholders to approve the deal, including committing the shares.

A successful franchise strategy will keep the retailer’s brand alive, buying it time to raise the funds needed to rebuild its nationwide network.

Tuskys could buy out the franchisees in the future and take back full ownership of the business.

The franchising model in Kenya’s retail market faces several challenges including enforcing standards such as customer experience, types and variety of goods.

The biggest and most successful supermarkets are owned, operated and centrally co-ordinated by the same entities.

Such ownership structure also brings advantages like sharing of costs including marketing and logistics.

Tuskys, which was at one time the country’s largest by sales and branches after the collapse of Nakumatt Holdings, has closed tens of stores across the country including major towns like Mombasa and Kisumu.

The outlets closed by the company include Digo Road in Mombasa, Mtwapa in Kilifi and Tom Mboya Branch in Nairobi’s central business district.

Tuskys’ decline started with defaults on suppliers, a matter that was brought to the attention of the CAK in April last year.

The regulator intervened, requiring the retailer to pay overdue debt, among other directives.

“The Authority imposed Prudential and Reporting Orders under Section 24A (2) on Tuskys retailer and continues to monitor compliance. Tuskys to date has paid a total of Sh2.1 billion owed to various suppliers,” the CAK says in the report.

Rivals have taken advantage of its shrinkage to take up space at the branches previously occupied. Naivas, for instance, recently signed a lease agreement with Greenspan Mall owner Ilam Fahari I-Reit.

Its rivals such as Naivas and Carrefour have continued to expand, fuelled by access to billions of shillings of debt and equity financing.

Naivas is now the largest supermarket operator in the country with more than 70 branches. It has expanded aggressively after raising Sh6 billion last year from sale of a 30 percent stake to a consortium of institutional investors.