Police Responds as Dennis Itumbi shows up with contentious Injuries

Senator Morkomen said earlier that :Dennis Itumbi @OleItumbi is in the hands of Uhuru Kenyatta through his boys @FredMatiangi, @IG_NPS &Director of Military Intelligence under General Robert Kibochi. We expect you to release him now unconditionally. If anything happens to Dennis you will personally be held responsible

David Itumbi, the Brother to Dennis Itumbi reported that they have found HNIB leader allegedly Tortured and Beaten and confused

My brother has been badly beaten. We thank God that he is alive. On his own account he was arrested by police and beaten and tortured. This is the state we found him in. (See pictures) Please pray for his recovery. Asanteni for your many prayers and support pic.twitter.com/tXBmfHZPfM

The National Police Services has responded on the alleged kidnapping and torture of Itumbi and call for those with more info to help the authorities. 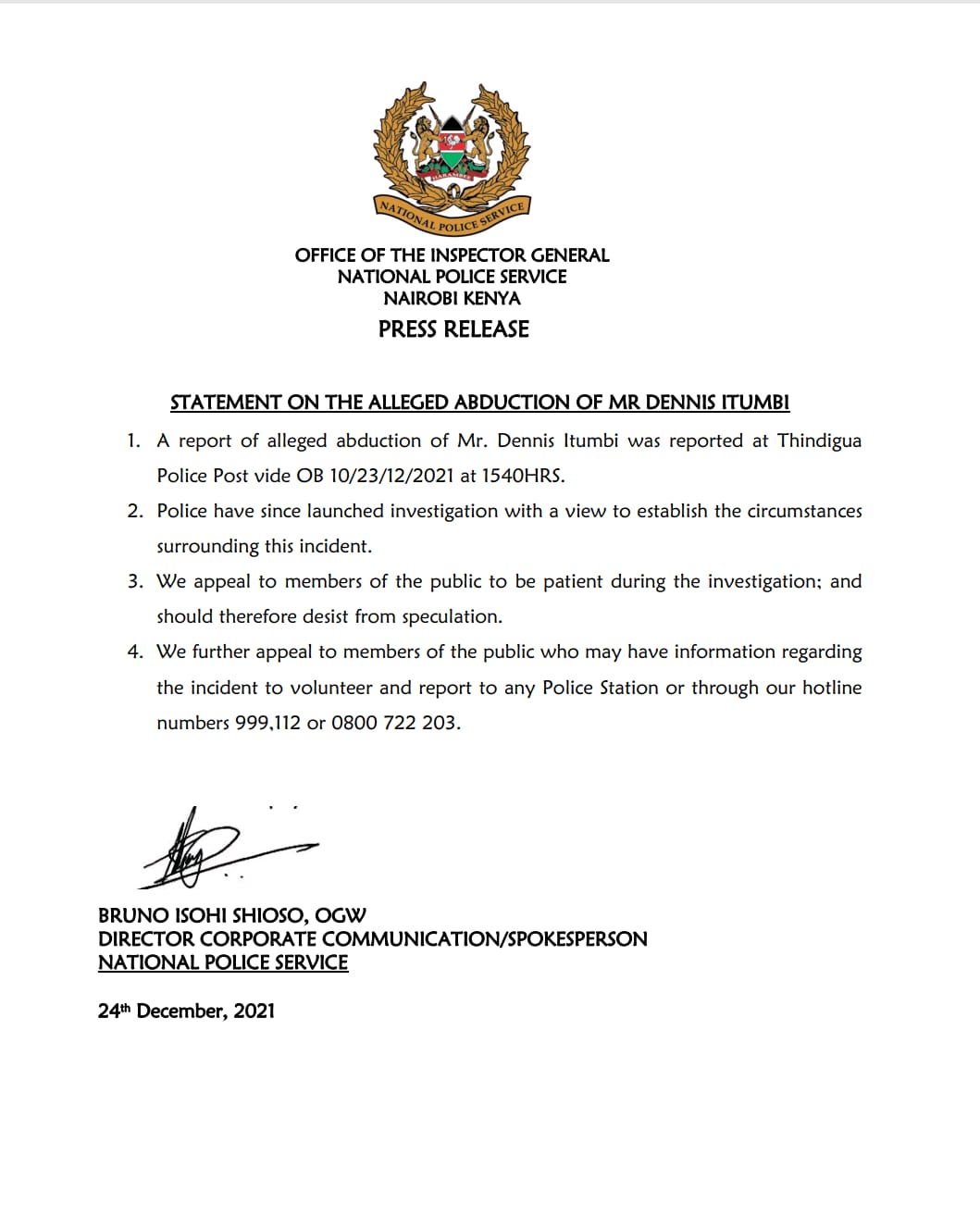 My FREN Dennis Itumbi🥚UDA is a FELLOWSHIP of THUGS. And you are a PINK THUG. Soft and unteSTED. Do not JOKE with getting KIDNAPPED. Hustlers are KNOWN to eat CHILDREN.

What happened to @OleItumbi is wrong and criminal. I condemn the attack and l hope the perpetrators will be arrested. If anyone feels aggrieved by Dennis Itumbi’s social media posts, they should go to court and not send goons. Wishing him a quick recovery and may he get justice. pic.twitter.com/MwEOorvcUX

In developed countries like Canada and France, politics is not a big deal. In Kenya politics is a matter of life and death. Tom Mboya,JM Kariuki,Robert Ouko, Nkaissery,Saitoti, Musando,Jacob Juma and now Dennis Itumbi is battling for his life. CS Matiangi we're watching you pic.twitter.com/s47EkRle9o

Ndindi Nyoro asked the President to suspend the Constitution and rule with an iron fist.

Murkomen couldn't close his mouth because he was celebrating Miguna's deportation.

Dennis Itumbi was the first person to defend the Security Laws amendments in 2014.