Kazi Mtaani dancers and youths that had lined up at Kisumu International Airport were left stranded after President Uhuru decided to land at the Sh3 billion refurbished port of Kisumu.
The Kazi Mtaani youths and local dancers were assembled to receive the Head of State who, according to the plan was expected to land at Kisumu International Airport. However, the aircraft carrying Uhuru was seen landing at the port.
Residents had lined up along Obote Road and Oginga Odinga street to receive the Head of State. Police officers who were manning the street, towing away vehicles from the parking lot, were seen leaving one by one. Uhuru later headed to the state lodge.
The President was welcomed by ODM leader Raila Odinga, Kisumu Governor Anyang Nyong’o, his deputy Matthews Owili and a host of elected leaders. 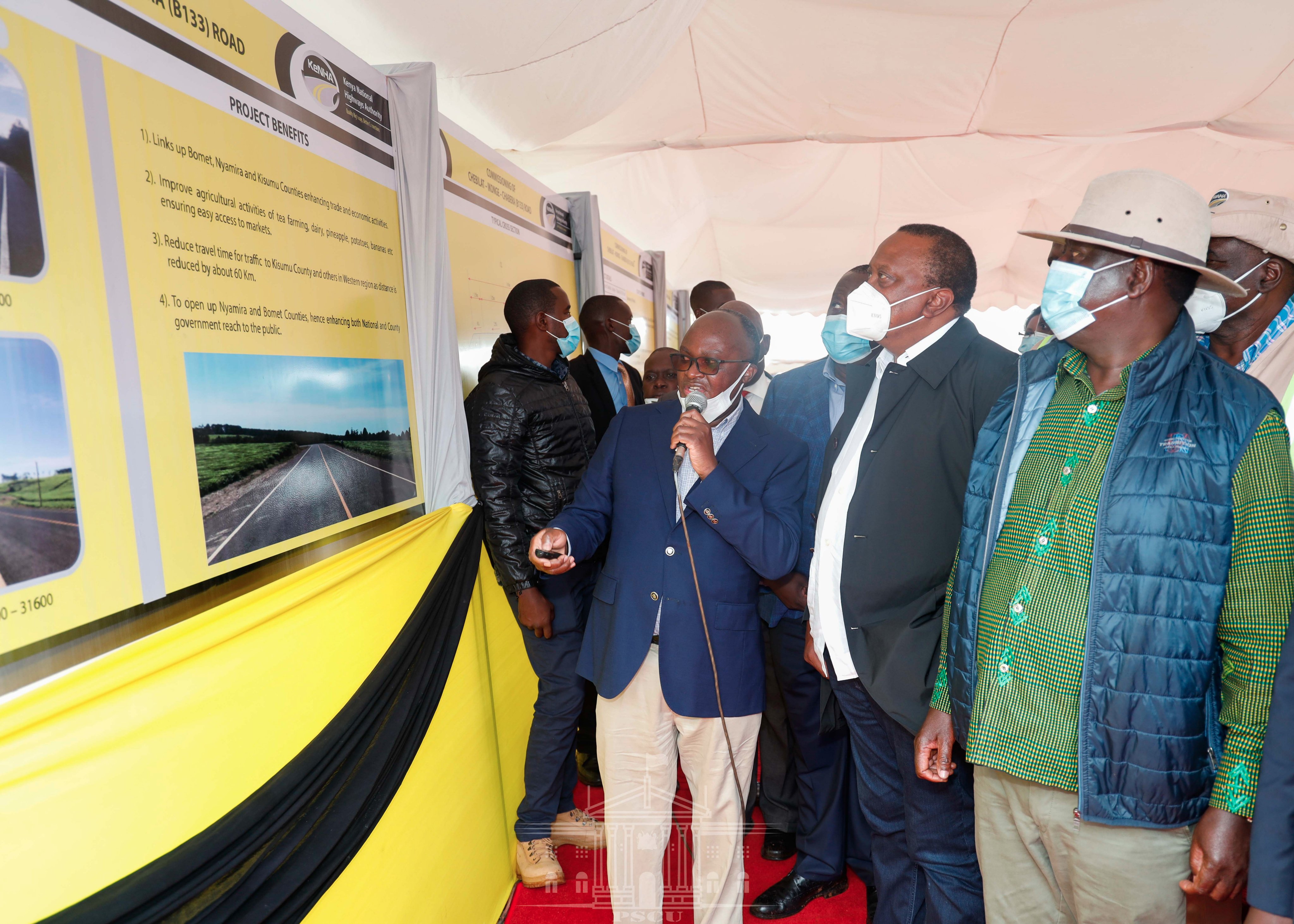 Today, the President will inspect the ongoing construction of the Sh1.4 billion Jomo Kenyatta International Stadium in Mamboleo in Kisumu East. The first section of the stadium project costs Sh450 million.
He will tour the Sh350 million Uhuru Business Park and Jaramogi Oginga Odinga recreational centre. The 10,000 capacity park is under construction with more than 4,000 stalls already complete to accommodate displaced traders. Uhuru is also expected to inspect the construction of the Mamboleo-Muhoroni road that links Kisumu, Nandi and Kakamega counties.
Locals want the President to address the construction of Mamboleo-Muhoroni road, completion of the Kisumu-Kakamega road, especially from Mamboleo to Migosi junction.
They expect the head of state to address the opening of the refurbished Sh3 billion Kisumu port, construction of Kenya Marine school, the refurbishment of the Sh 3.8 billion Nakuru-Kisumu Railway line. They also want him to address the revival of stalled projects, such as Kicomi.
Locals want the port to open its doors to the public for business. They also expect a way forward on the expansion of the Kisumu International Airport, especially cargo.
Payments of sugarcane farmers arrears and support to displaced families in flood-prone areas such as Nyando, Kisumu East, Nyakach and Muhoroni sub-counties is also a priority.