Olkaria Geothermal Project is situated within Hell’s Gate National Park 120KM from Nairobi and neighbours horticultural farms that produce some of the inest flowers in the world.

The project is also adjacent to Lake Naivasha, which is a fresh water lake in the Kenya ift and a Ramsar site.

A bird’s-eye view of Olkaria Geothermal Fields from Olkaria II Viewpoint. Kenya’s quest to harness geothermal dates back to the 1950s. But it was not until 1981 when KenGen constructed the first geothermal power plant. Olkaria 1 AU units 4&5 were officially commissioned in 2015 by HE President Paul Kagame. Olkaria 1 AU is part of the 280MW geothermal project, the largest single project in the world 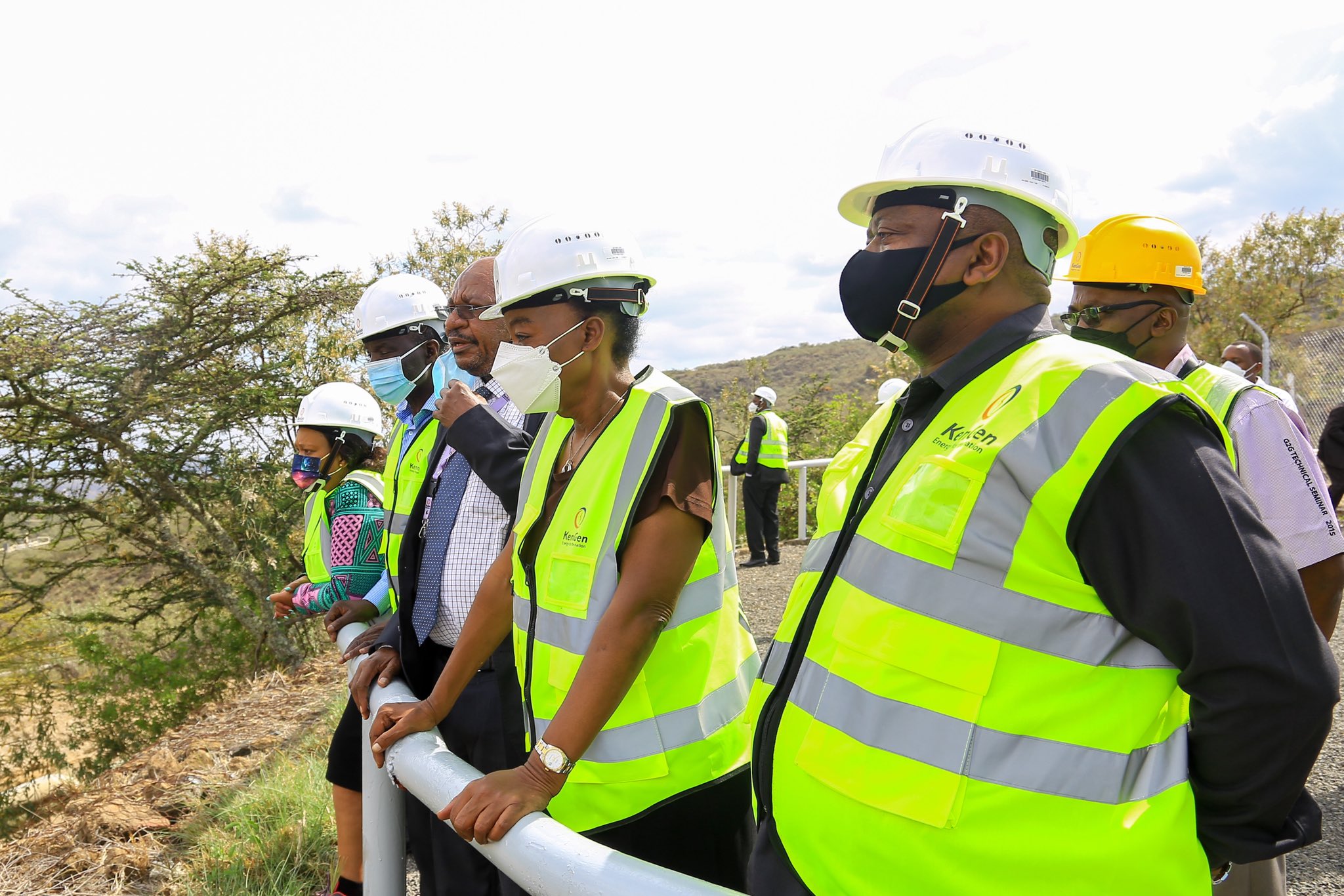 Olkaria I unit 6 Project Site. KenGen’s focus in the next 12 months remains to deliver the Olkaria I Unit 6 geothermal power plant, which will bring on board an additional 83MW. 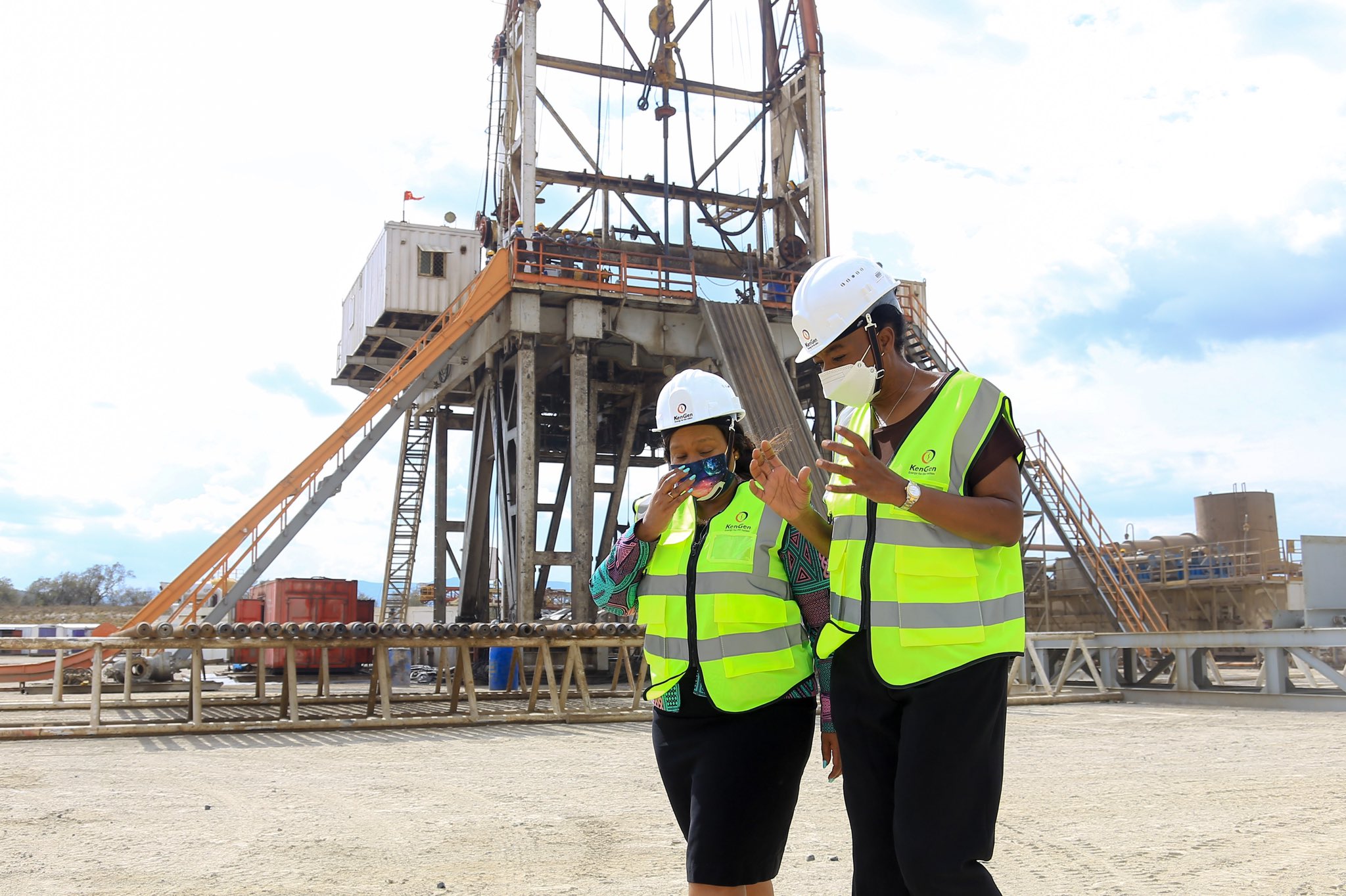 The OW-741 drilling rig site. With the earth’s crust being hot naturally, wells are drilled to over 3000 miles to access the heat which forms a basic component of geothermal energy. 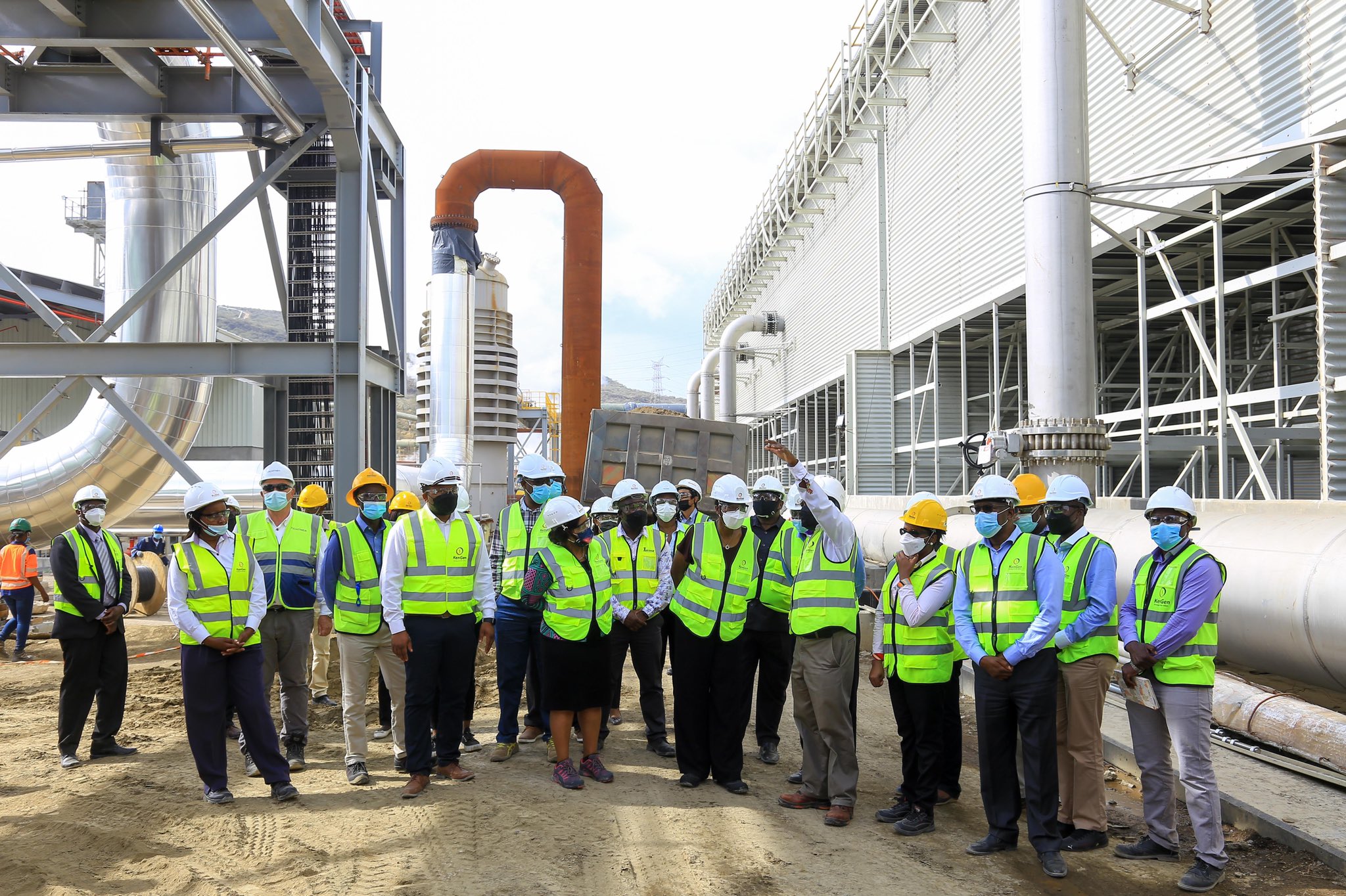 The geothermal system at Olkaria consists of a two-phase reservoir that is hosted within 0.9-1.65 million-year old fractured trachyte and rhyolite rocks at depths of between 600M and 3000M.

At the Olkaria East, Olkaria Domes field and Olkaria North East Geothermal fields, wells with a nominal diameter of 8 inches are drilled into the reservoir and the upper 700M-1200M cased off to avoid cold fluid inflow into the bore.

The wells produce 75% water and 25% steam. Separation of steam is done using cyclone separators from where dry steam is piped to the powerhouse and separated water injected back into the reservoir.