The early morning collision between a 2NK matatu and a lorry happened on Sunday, January 2, along the busy Eldoret-Webuye route in the Musembe region near Lugari.

According to him, the matatu belonging to the 2NK Sacco was on its way to Nairobi from Bungoma when it collided with the parked trailer from behind.

Here are the photos 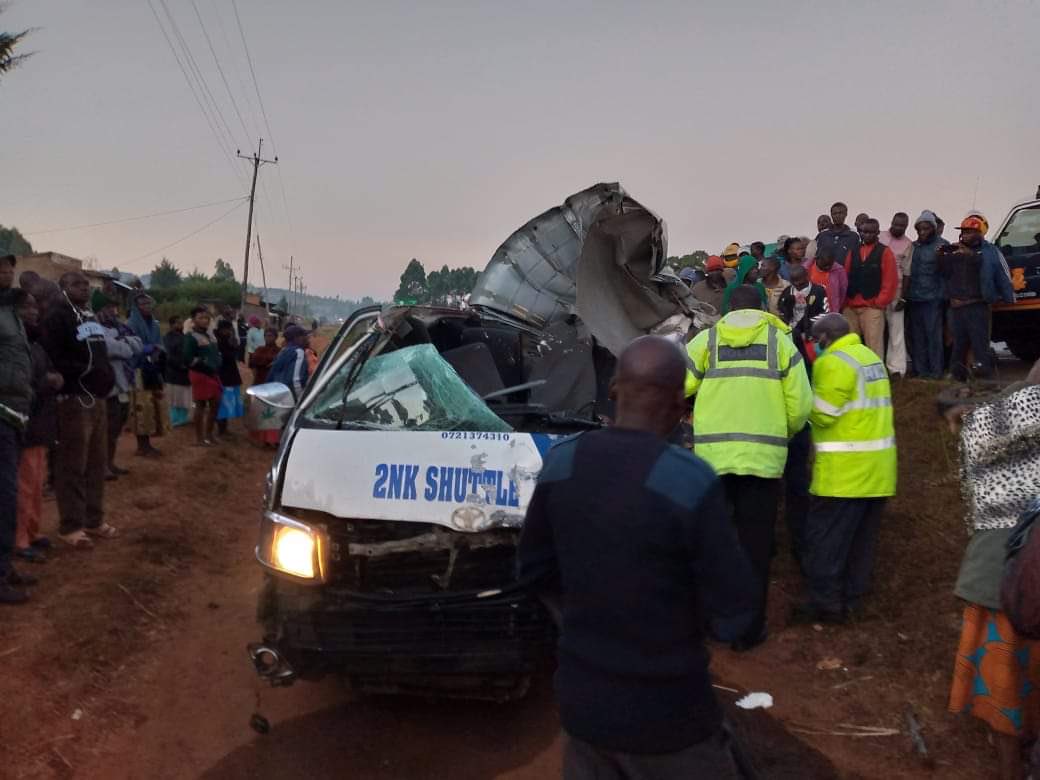 In 2019, at least 10 people died after a trailer and 2NK shuttle collided at Kikopey along the busy Nakuru-Nairobi highway on Friday morning.

“All the eleven passengers in the matatu that include six women and five men died on the spot while the driver of the truck escaped soon after the accident. The information we are getting is that the truck started swaying from one side of the road to the other before hitting the matatu and the other vehicles,” Gilgil police boss Emmanuel Opuru said